All Posts in “Utah”

As promised in my previous post, as the Namur Nature Festival is now finished, I will show you my pictures that were selected among the finalists of the contest.
It was actually even better than I thought: during the awards ceremony last week, I had the (very nice) surprise to be awarded the Award for best Mini-Serie for the four images shown below.
END_OF_DOCUMENT_TOKEN_TO_BE_REPLACED

How to use topographic maps on a TomTom GPS

Landscape photography often requires reaching places that are not easy to access with the main roads. My experience has shown me that it is very easy to get lost when you take a wrong turn on a dirt road in the middle of the desert… So I was looking for something that could help me by combining the precision of topographic maps and the ease of use of a car GPS. Combining my TomTom GPS with TTMaps (bringing the ability to display topographic maps on a TomTom GPS) has given me what I was looking for. 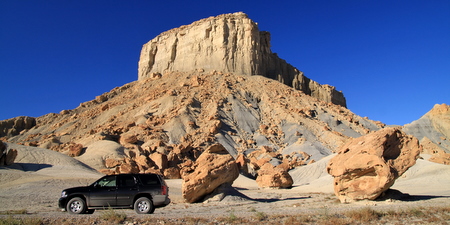 END_OF_DOCUMENT_TOKEN_TO_BE_REPLACED

A very cheap DIY spare part for my tripod

My Manfrotto 190B tripod has been following me everywhere and in all conditions for many years. It is now quite battered and its head even has a bent handle. But, until now, no parts had gone missing. That is… until my latest trip to the US.

Utah had a very wet early October in 2010 and it meant that the clay soil of the Capitol Reef National Park had turned into deep mud when I was there. 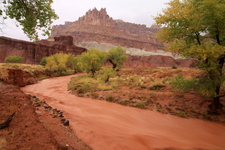 After several days of continuous rain and thunderstorms, I finally had the chance to take some pictures under the sun but with my feet (and those of my tripod) in deep red mud. A few hours after I had taken the following picture, I noticed that one of the rubber feet of my tripod was missing. It probably remained stuck in the deep mud. So if you ever find a black tripod rubber shoe somewhere along the main road crossing the park, it could be mine. 😉 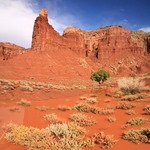 This meant that I ended up with a tripod with one leg slippery and unstable on hard ground. Not the best for a piece of equipment that is supposed to bring good stability to my camera ! Back home, I started looking for a replacement for this little piece of rubber. Looking at the Manfrotto catalog, I quickly understood that to replace one rubber shoe, I would need to buy a set of three costing at least 25 Euros. A bit expensive for such a small piece of rubber !

By coincidence, I noticed that the rubber shoes at the end of the metal legs of chairs or stools were very similar to what I was looking for. I easily found these rubber stool shoes in a local DIY shop (Brico here in Belgium). For the price of a 1/10th of the official Manfrotto spare part, I had a set of four of these rubber shoes. They exist in several diameters and the 19mm ones fitted perfectly on my tripod model. Other available sizes would easily fit other tripod legs diameters.
Actually, they look strikingly similar to the original Manfrotto tripod shoes that were attached to my tripod (see the pictures below). 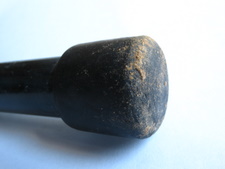 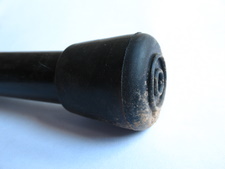 So, for those of you looking for a replacement rubber shoe for your tripod (Manfrotto or other), look no further than your local DIY shop !

UPDATE: A little while after I had written this post, I discovered the Manfrotto Spares website. You can find all spare parts for Manfrotto tripods there.

I am currently busy with sorting and selecting pictures from my latest trip to Colorado and Utah to upload on my website. When they will be ready, I will also add a new Photo Trips page with details of this trip. In the meantime, here are two pictures as a small teaser. 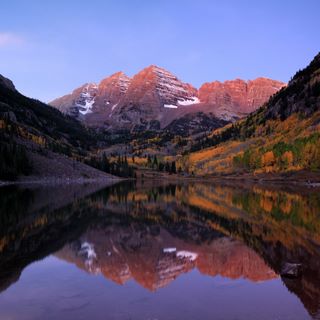 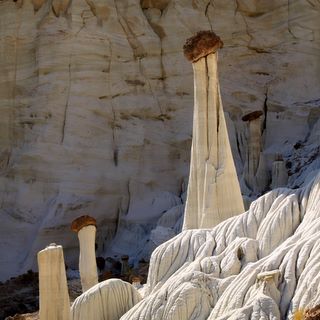