With the winter 2010-2011 coming to a close, I wanted to show a few last pictures with snow before spring settled in. Here are a few images taken this winter, all of them converted to black and white from RAW files. 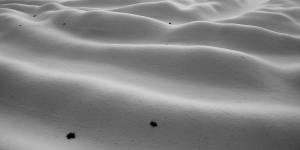 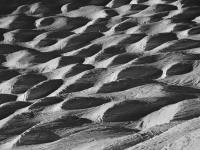 The first three ones were taken not far away from where I live with my Canon EOS reflex digital camera – nothing special there. The last one, taken during my ski holiday in Les Arcs (France), is a special case: this picture has been taken with my Canon Powershot A630 compact digital camera and was also converted from RAW to black and white. Wait a minute ! Many of you will probably think that I must be wrong: a Powershot A630 does not take RAW pictures !

Indeed, that is what I thought also until a few months ago when I discovered CHDK (Canon Hack Development Kit), a very potent and versatile (and free !) firmware update for many Canon compact digital cameras (Point & Shoot cameras).

One of the most interesting thing aside RAW shooting is the possibility of using scripts that effectively give you the ability to program your camera for simple tasks. Several useful CHDK scripts are available that will allow you to automate your camera.
A script that I find very useful is MDFB080914 (yes, I agree, it is a strange name…) for lightning photography. With this script running, any motion will trigger the shutter or even start recording a movie. This is the fastest script available and it is fast enough to automatically trigger the shutter to photograph lightning. I have tested it and it works well ! There are also scripts available for time-lapse photography. Many other scripts are available for specific applications and, if you do not find what you want, you can easily program a script yourself using uBasic or Lua.

A lot of information about CHDK can be found on the CHDK Wiki, including the full description of its features, the different versions of CHDK for the various Canon digital compact cameras, a user guide, and many scripts ready for use.

As the firmware is uploaded from the memory card into the memory of the camera at startup (either automatically or manually), you keep complete control over your camera. Nothing is irreversible and you can go back to the “normal” camera behaviour at any time. Pushing the camera to its limits sometimes causes a crash of the system but this is easily recovered by pulling the batteries out of the camera, reinserting them and restarting the camera.

I have had lots of fun experimenting with it so far. Try it !

Camera-less (almost) in the Hautes Pyrenees

A walk in the snow